Latest News
at Worth

A very special day for a former Worth School pupil

Former Worth School pupil John MacWilliam will be consecrated as a bishop at Worth Abbey this weekend.

Pope Francis has appointed the English missionary to be bishop of the diocese of Langhouat in Algeria, an area which is ten times the size of Britain but contains just 10% of Algeria's population.

Fr John is the first Worthian to become a bishop. He attended Worth School from 1962 to 1967 and was a member of the 1st XV rugby team.

Upon leaving school he embarked on a military career for the next 18 years, joining the British Army and seeing active service in Northern Ireland and Oman. In 1983, he decided his vocation was to become a missionary priest, beginning his theology studies and then in 1992 he was ordained as a priest at Worth Abbey.

Fr John said: "I can honestly say my years at Worth were very happy years. I felt very much at home."

After being ordained as a priest, Fr John was appointed first to Rome for Arabic studies and Islamology and then to Algeria in 1995. Four priests had been murdered there by terrorists the year before. He later served in the Sahara and in Tunisia.

Now 68, his consecration as a bishop will take place at Worth Abbey on Saturday.

Archbishop Michael Fitzgerald, formerly in charge of Interreligious Dialogue at the Vatican will be the chief consecrator and will be assisted by the Archbishop of Tunis and the Emeritus Bishop of Laghouat, Fr Stan Lubungo. 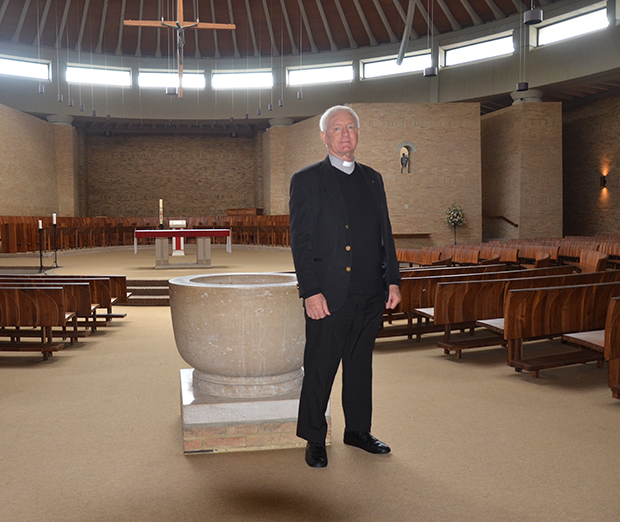